Established in 2010, El Segundo Brewing Company (ESBC) describes them selves as “THE hop-centric brewery for South Bay, Los Angeles and beyond.” There is no question that they have a love for hops at ESBC and they use them liberally, but without the bitterness one might find elsewhere. I am a hop head and for that I make no apologies and whenever I go into the El Segundo Brewing tasting room I am usually at a loss on what I should order. Their White Dog IPA, named after owner/brewer Rob Croxall’s dog, is off the hook with the use of 50% wheat instead of barley. Of course, if the Blue House IPA is available the decision on what to order is made easier by drinking a pint of one at the tasting room and getting a growler of the other to take home and enjoy. However, if the Two 5 Left DIPA is on tap, then I am in a real conundrum. First world problems I guess. Luckily, El Segundo Brewing Company is now bottling on a limited basis, so bringing bottles home (when available) is the solution. If you are not into IPA’s, they also make some very nice stouts and pale ales.

These photos were taken last Thursday when El Segundo Brewing brought out a keg of “White Dog Sittin’ on Simcoe cask” with 50% of the sales donated to Share Our Strength in conjunction with Taste of the Nation. That is just the way those guys are over there, always giving back to the community. I highly recommend visiting their tasting room; it is the freshest beer in El Segundo. 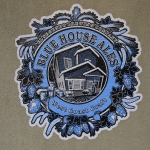 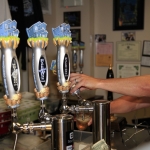 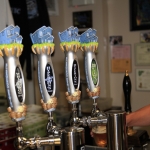 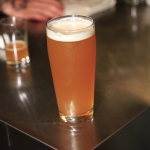 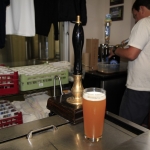 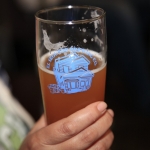 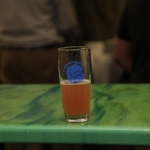 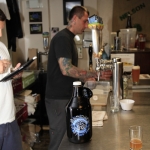