These photos were taken Saturday afternoon, when I visited 8bit Brewing Company, a brewpub located in Murrieta, California.

So, Saturday afternoon I left the mild clime of the beach (71 degrees) to head out to Murrieta (low 100s) to watch a play that my number one grandson and favorite granddaughter were performing in. Since traffic out there can be very unpredictable, I left a few hours early hoping traffic wouldn’t suck too much and I might be able to visit one of the breweries out there that I had yet to visit. Luckily, it only took a couple hours to get there, so I had time to stop by 8bit Brewing Company.

When I arrived I found a parking spot next too what was obviously a patio. As I sat in my car responding to emails I noticed what seemed to be smoke, so I figured they must have a smoker to prepare meat. When I got out of the car I noticed I did not notice the smell of a smoker, so there was a little confusion on my part. When I walked in I figured out that it was not smoke I was observing, 8bit had misters set up over their dog friendly patio to help combat the desert heat one expects to find out there in the middle of July.

I also immediately figured out the “eat, drink, play” sign out front and their logo, as there was a room adjoining the main dining area that was loaded with pinball and video games; 8bit Brewing is a homage to the original 8-bit video games. They have a huge arcade on the premises, although I am pretty sure I saw a couple video games that came out after 8-bit technology.

After wandering around taking photos, I grabbed a Hoppy Pilsmore and found somewhere to sit. As it turned out, the table had already been spoken for, but the “dad” let me use it since his wife and kids were off playing games while they awaited their food.

As I had not noticed a brewhouse while I was walking around, I confirmed with Bianca (one of the staff) whether or not they actually brewed there or not. She assured me that they did indeed brew there and the table I was sitting at, next to the pinball machines, was where their original 4-bbl brewhouse had been situated. A few minutes later I was introduced to Chris Keyson, a co-owner of the 6 1/2 year old brewpub.

Chris showed me around and gave me some of their background story, including how the incestuous relationship between breweries resulted in older, more well-known and established breweries have pilfered a few of his past brewers; which means he must have hired some good people. He is very happy with their current brewer, Thomas Kendrick. Starting as a brewpub was always part of the plan, as was the video game arcade.

Looking around the brewhouse, with their 15-bbl brewhouse and numerous 30-bbl fermenters it is pretty obvious that 8bit has the capability to brew a lot of beer, and they are. Chris was particularly proud of the fact that while production has definitely increased, their water usage has dropped dramatically through the use of low-flow toilets, drought resistant landscaping, and recycling.

There is no question that the COVID pandemic has made things tough for many businesses, but many breweries have thrived due to things like buying a canning line; 8bit would be one of those that appears to be thriving. They have plenty of room to grow, perhaps adding a space for renting a room for private parties; so stay tuned for that expansion.

8bit Brewing Company is located at 26755 Jefferson Avenue in Murrieta. They are open Wednesday through Sunday from 11:00 to 9:00 PM, and offer growlers, crowlers, cans and a bottle or two to go. Bring lots of quarters if you enjoy pinball. Cheers!

Back to Photos of 8bit Brewing Company
[Show as slideshow] 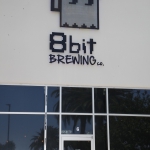 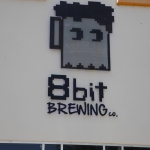 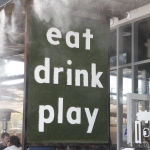 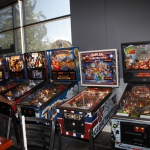 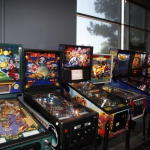 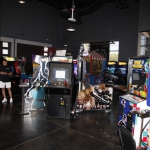 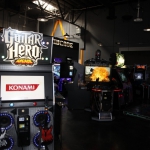 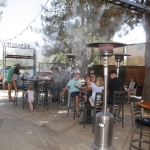 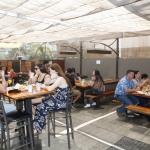 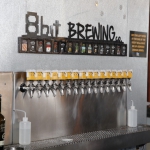 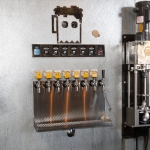 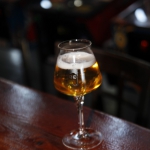 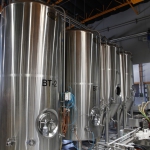 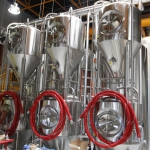 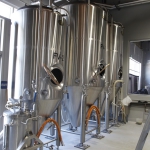 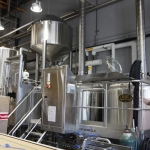 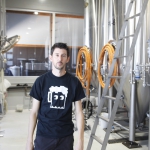 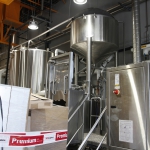 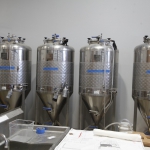 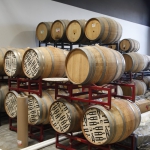 1 2 ►
Back to Photos of 8bit Brewing Company