For those of you that noticed that this site was a little silent last week, that was due to the fact that I made my annual journey to Tempe, AZ to photograph a trade show. Since I do not have a lot of time to go out and explore when I am working, I pretty much had to rely on what the hotel bar or Hooters had on tap; which was generally Bud, Guinness and Kilt Lifter for what seemed forever.

In 2013, World of Beer opened a couple blocks from the event location, so my free time was generally spent there as they have a great selection of beers from not only breweries around the world, but around Arizona generally as well.

In 2014 I decided to come into Tempe early and discovered that there were quite a few breweries in surrounding cities that were not too far away, but nothing that was going to be close enough for me to visit while working. World of Beer to the rescue; again.

In 2015 things started to look up for me as far as the craft beer scene was concerned. I discovered that Scottsdale was going nuts and since I do have to spend a few hours in Scottsdale that was a good thing. Additionally, Blasted Barley Beer Company opened a few hundred feet from where I was staying. I also started seeing more local craft at most venues.

The day before I left for Arizona this year, I happened across a map of breweries in Arizona provided by the Arizona Craft Brewers Guild and discovered that there were now breweries as far west as Goodyear, right off I-10. I also could not help but notice that Scottsdale had blossomed a lot more than I would have guessed and within a half mile of Blasted Barley there were two new breweries; so three within easy walking distance from my event. This was going to be a good weekend.

I set my GPS for Goodyear, AZ and Saddle Mountain Brewing Company. Saddle Mountain is a brewpub that opened in late 2014, so I do not feel too bad missing them when I drove past last year. They have a pretty impressive 15 barrel brewhouse and they have 12 beers on tap, apparently all the time. Before I had a chance to order, Tanya had ordered two flights and a desert specialty, fish and chips.

The flight ranged from a Shandy and Cream Ale to an Oatmeal Stout and Belgian Quad and pretty much everything else in-between. Tanya liked their Warhawk Cream Ale best; I really enjoyed the 300 Ft. Steve Imperial Red and the Quad City Quad.

Saddle Mountain Brewing Company is located at 15651 W. Roosevelt Street in Goodyear. They are open daily at 11:00 AM except Christmas. They have a pretty extensive food menu and have growlers to go.

I needed to get to Scottsdale and wanted to try something new, so I flipped a coin and ended up at Goldwater Brewing Company. Goldwater Brewing is a production brewery with a tasting room and they offer about 10 of their taps at any time. We had a few tasters which included the Desert Rose Cactus Ale, Say John! Saison, Birthday Suit IPA, Brutus Imperial Stout, 24K Double IPA, Midnight Rose Porter on nitro and She’s So Hop! red IPA which was a collaboration of all female Arizona brewers. All of their beers were solid and rated pretty high on my Untappd scale. What really surprised me was that the ABV levels were closer to what I am accustomed to around here when I used to consider most Arizona brews to be pretty sessionable. The 24K is a 10.2 with the Brutus weighing in at 9.4.

Goldwater Brewing Company is located at 3608 N Scottsdale Road in Scottsdale. They are open daily and have growlers and crowlers available to take away.

Naturally, we returned to Blasted Barley Brewing, and a lot has changed since our first visit last year. I guess the biggest change would be their new brewer, Ian Campbell O’Neal. When we lasted visited Blasted Barley they had three beers and a non-alcoholic ginger beer. He has expanded their tap list pretty significantly with the Alpha Beta Bravo IPA and Let’s Get Rye Imperial IPA being my favorites, but his Xtreme Bean Milk Stout was pretty outstanding as well.

Blasted Barley Beer Company is a brewpub and is located at 404 S. Mill Avenue in Tempe by the Tempe Music Walk. They are open daily and have growlers to go.

Our next stop was Pedal Haus Brewery, which is another brewpub that opened late in 2015. They had 11 of their brews on tap ranging from a Kolsch to a Belgian Style Tripel. They had a solid Dortmunder and a Maple Milk Stout that would pair well with pancakes and bacon. Tanya liked Belgian-Style Tripel the most, while I really gravitated to their IPA and Rye XPA. We stopped by there one evening for dinner and their Filet Mignon was cut with a butter knife, melt in your mouth delicious. I cannot wait to see what their beer selection is like next year.

Pedal Haus Brewery is located at 730 S. Mill Avenue in Tempe and is open seven days a week.

Our last brewery stop for this trip was just around the corner from Pedal Haus; Cartel Brewery. I had heard of them last year, but was told it was really a coffee shop that had a few small batch brews that they would infuse with their coffee. Tanya walked in the door while I was taking photos outside and immediately returned with the comment that all she could smell or see was coffee. I knew there had to be more to it than that so we went back in. As I looked around the manager could obviously tell I was looking for something hidden; when I asked him about the beer, he took me around back into an alley and a neighboring store where the brewery portion of Cartel Brewery was located.

Apparently having the coffee and beer businesses together was not working out as planned, so they moved the brewery next door. I guess the next step is that what is now the beer portion of Cartel Brewery will soon become The Shop Beer Company.

When we were there they had four beers available, 480 Pale Ale, Biere de Garde, F.Y.I.T.M., and Coffee Brown. They were all pretty solid with F.Y.I.T.M. Imperial IPA being my favorite. I tried their Desert Pale Ale at a hotel and it was pretty tasty as well.

Cartel Brewery is located at 225 W. University Drive in Tempe. They do not give a lot of information and have yet to answer the phone when I have tried, so I would say, drop by after 3:00 or 4:00 PM. I suspect when they transform to The Shop Beer Company that will change.

I would be remiss if I did not end this with a little story of our first night in Tempe. I always stay at a cheaper motel when we first get into town, and there is a Motel 6 on Broadway that I like because Boulders on Broadway is across the street and they have a great tap list. Travelocity messed with me and put me at the Motel 6 on Apache; I wasn’t very happy because there really wasn’t anywhere within walking distance for us to go party.

Having been told that Arizona gas stations can have some pretty amazing bottle shops as well as growler fills available, I asked the Motel 6 night manager where I should look, he directed me to a gas station that might as well have been in the middle of the Mojave Desert; the beer selection was not very good at all. Even when I picked a couple beers the scanners would not read them, so I took a hint, left the beer and headed back to the motel.

As I took the wrong exit in the parking lot I was forced to go further down Apache and make a u-turn to go back to the motel; and there it was; Liquor Express with a growler filling station and more than 1,000 varieties of craft beer!

I live across the street from a Total Wine, so having access to 1,000 craft beers is not that unusual, but they get a lot of beers we don’t; and their prices were pretty outstanding. I was able to pick up a couple bombers and made a note that I needed to return. In fact, I took Tanya there the next morning just to look around. Imagine my surprise when I saw a 2011 Bourbon County Brand Stout sitting on the corner. I know next year I will bring a cooler with me, just so I can stock up a little more. Car trunks in Arizona are not exactly good places to store your beer.

Liquor Express is located at 1605 E. Apache Boulevard and are open until at least midnight daily; they also deliver which might be handy if you are staying in Tempe for spring training or something. Cheers! 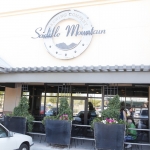 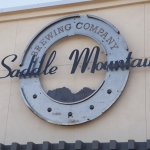 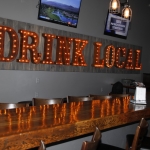 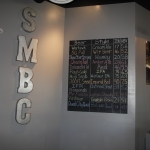 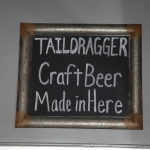 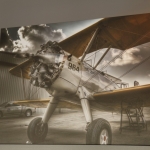 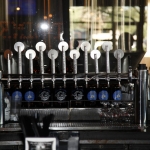 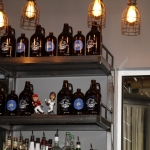 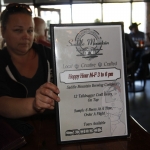 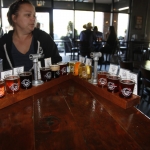 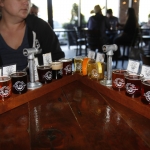 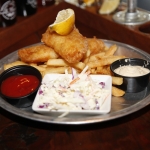 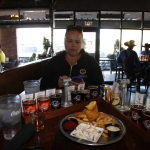 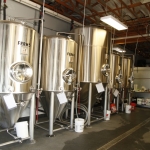 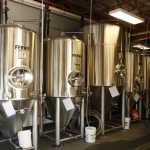 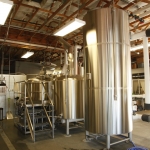 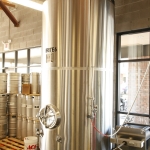 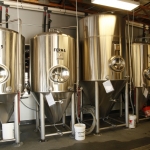 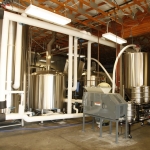 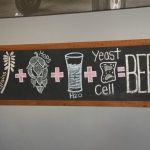