These photos are from the last Business & Beer gathering which was held Thursday evening at Strand Brewing Company’s new tasting room located on Dominguez Street. There was a pretty nice group including several of our charter members as well as a couple first timers.

Since Strand just opened the new location last month, the production brewery was a little light on choices, but their 24th Street Pale Ale and Atticus IPA have both been brewed on the new system and were tasting delicious. To make up for the lack of their flagship beers, they did have bottles of their Batch 100 Stout aged in Masterson’s Rye whiskey barrels; it was pretty darn good. The Barley Hops Grill was there for people that wanted food to go along with their beer.

Business & Beer is a local business networking group that has been around since July 2012. There are no rules like mandatory meetings or dues, so if networking is an important part of your job description and you enjoy craft beer, Business & Beer is probably just right for you. They meet at a different brewery or brewpub on the second Thursday of every month from 6:00-8:00 PM. You do not need reservations and you can consider this your personal invitation.

The December gathering of Business & Beer will be held December 10 at The Brewery at Abigaile in Hermosa Beach. The Brewery at Abigaile has a new brewer, Paul Papantonio, and from what I have tried so far, Papantonio will be a great addition. You can get more information or join the Business & Beer mailing list by visiting BusinessNBeer.com. Cheers! 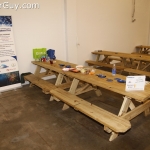 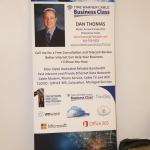 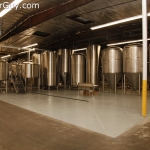 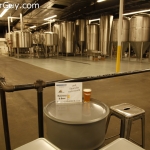 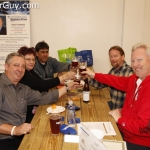 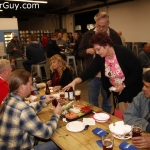 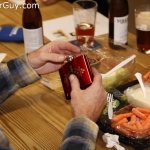 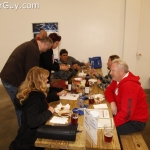 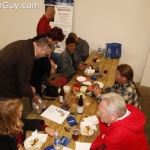 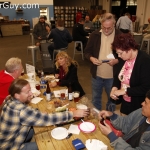 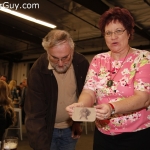 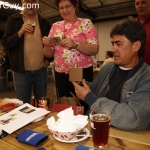 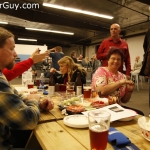 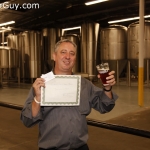 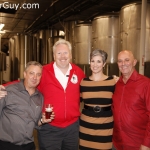 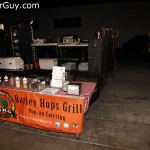 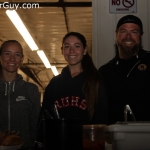