I have discussed home brewing here a few times; primarily how much I respect those that do it and how home brewing really isn’t up my alley. I tried a Brooklyn Brewshop Beer Making Kit back in October and came away from the experience with the conclusion that when it comes to production or consumption I am a lot better at the latter. That being said, my son is an excellent home brewer. On Thursday afternoon I headed down to his place to participate in his 12th brew day.

Now it may seem that my son must be a total newbie when it comes to brewing since he “only” has twelve brews under his belt, but I am here to say that while he may be new at this there is no way you would taste his beers and come to that conclusion. I have had several of his brews including an IPA, DIPA, a red ale, a pale ale, his chocolate, vanilla, bourbon porter and most recently, his From Sochi to Stanley Stout and he has never failed to amaze; and that is not just the father in me talking. We both understand that good beer is more important than undeserved compliments. The fact is, I have been to many home brewing events and I would put my son’s brews up against most that I have tried; in fact, he is better than some breweries I have been to.

A couple weeks ago my son and his family went up to Montana to camp and visit places like Glacier National Park. While he was up there his wife came up with the idea of foraging for some items to use in his next brew. If you look closely at the photos you will notice a few things you do not normally find when brewing. The first thing you might notice are the stones in the brewing kettle. He gathered them at Avalanche Creek in Avalanche Gorge and included them throughout the process from beginning with the intent of adding additional minerals. Also included are fresh pine nuts and Forget-Me-Nots which he gathered from the trailhead of Trail of the Cedars and clumps of moss that he gathered from the Avalanche Lake trail. The water you see being added was fresh glacier water that he got from Avalanche Creek; I tasted a little before he added it to his wort and it was as tasty as water can be on its own. Because so many ingredients came from Glacier National Park he is naming this brew Glacier Summer Ale.

The last photo shows the color what the end result should be; which is exactly what he was aiming for. We will have to wait a couple weeks to try this brew but it should be interesting. I cannot wait to report back. Cheers! 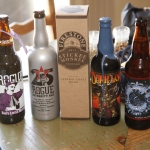 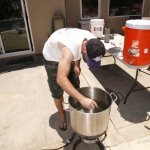 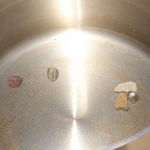 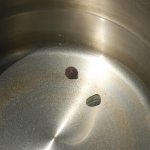 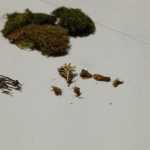 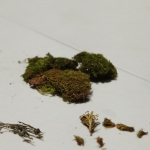 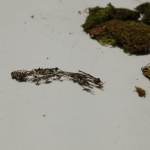 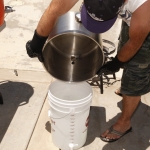 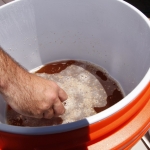 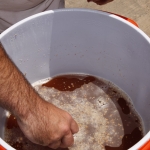 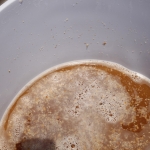 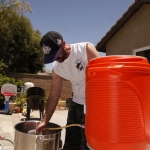 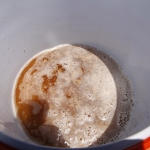 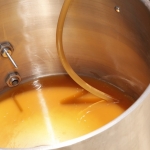 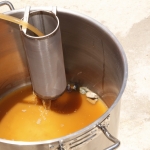 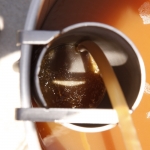 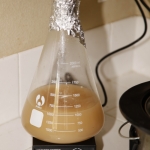 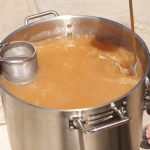 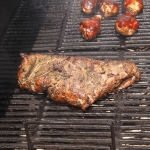 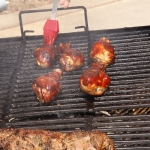