Saturday afternoon I decided to check out a couple relatively new production breweries that I had not visited yet and pay a return visit to the only craft brewery that has seen fit to name a beer after me. The tasting rooms I visited were Bottle Logic Brewing, Pacific Plate Brewing and Pac City Brewery; with a stop by Lucky Baldwin’s Delirium for a bite to eat.

Our first stop was Bottle Logic Brewing in Anaheim. Bottle Logic opened in February of this year and while this was my first visit to their tasting room, I did have an opportunity to try a couple of their beers at The Bruery’s Sucréversary event back in May so I had a fairly good idea of what to expect as far as their brews were concerned; I was not disappointed. On the day of our visit they had about 14 beers on tap, with the tap list being broken up to their five “Constants” which make up their flagship beers; and their six “Variables” which consist of their seasonal beers. There were also a few others that are experimental and one-offs. We started off with a flight of their Constants and their Lucky Panda; my fiancee really enjoyed their rice lagers, Hanamichi and Lucky Panda. For me, the Double Actuator Double IPA was my favorite, by far. I then tried the Dr. Strangematter Imperial Saison and immediately requested a bottle to go; it is delicious.

Bottle Logic founder and president Steve Napolitano gave me a little tour of the brewhouse and I have to say that for a brewery that is only six months old they have a pretty impressive setup with room to grow. Included in the growth plans is a barrel program that will soon include sours, which will require an additional brewhouse to avoid cross-contamination. I look forward to visiting them again in a few months to see how much they have progressed. Bottle Logic Brewing is located at 1072 N. Armando Street in Anaheim and is open Thursday through Monday.

Our second stop of the day was Pacific Plate Brewing Company in Monrovia. I first became aware of Pacific Plate when my friend Michael Lanzarotta, who specializes in finding locations for new breweries, told me about them a little over a year ago. While I had made plans to visit them earlier, time flies and it turned out that Saturday was the one year anniversary for their tasting room. I figured this was as good a time as any for my first visit.

The first thing I noticed about Pacific Plate was that unlike Bottle Logic, they had a very small brewhouse. The tasting room was packed but it appears they have a one-barrel system and they are definitely keeping it busy as they were offering six different brews including their First Anniversary Ale, a Belgian Strong Dark Ale. Their Widowmaker IPA was pretty interesting but I found the Horchata Stout to be my favorite. Their use of ingredients from Latin America comes through with things like their cinnamon from Mexico. It will be interesting to watch them as they grow.

As part of their anniversary celebration they had a car show and barbecue in the parking lot; but it was pretty obvious that the crowds were seeking craft beer. Being the only licensed brewery in Monrovia will keep them busy, I am sure. Pacific Plate Brewing Company is located at 1999 S Myrtle Avenue in Monrovia and is open Wednesday through Sunday.

We then headed over to the only craft brewery in Pacoima, Pac City Brewery. I have not been there since June when I returned with the L.A. Beer Bloggers. It is pretty obvious that Pac City is making full use of their three barrel system as they had six different brews available than they had just two months ago. Part of that is probably due to the fact that they keep selling out and that is just from tasting room sales; they are not even distributing yet!

To say that Pac City is still experimenting with their recipes would be an understatement; when I asked what style their ER’s Darkness was, I was asked what style I thought it was. Sometimes a recipe is constructed in a moment of boredom; some might be better than others but they are all interesting. Some tweaking will need to be done with things like carbonation but the customers keep drinking all they can produce. The tasting room has different hours than what you are probably accustomed to, Friday and Saturday is 6:30-11:30 PM and Sunday 11:30-9:30 PM. If you are not in the area I would suggest calling first as some weekends end early when the beer is gone. I would add that if their tri-tip chili is available, buy it. It was some of the best I have had anywhere. Pac City Brewery is located at 12780 Pierce Street in Pacoima. Cheers!

Back to Photos from Bottle Logic, Pacific Plate and Pac City Breweries
[Show as slideshow] 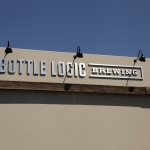 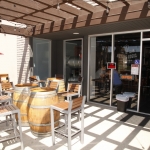 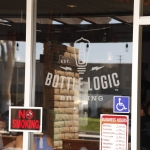 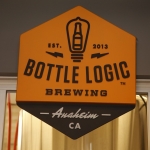 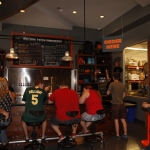 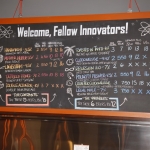 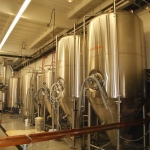 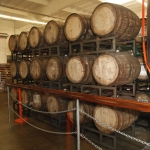 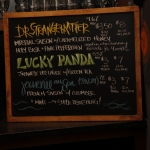 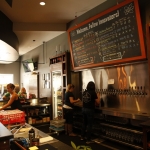 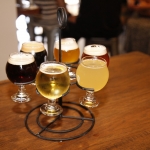 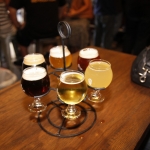 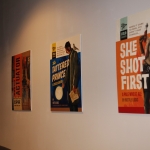 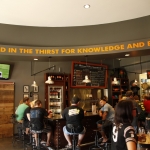 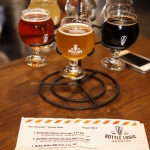 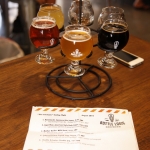 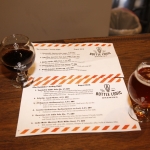 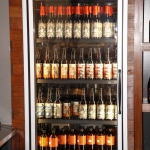 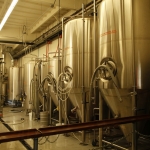 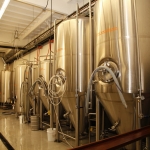 1 2 ... 9 ►
Back to Photos from Bottle Logic, Pacific Plate and Pac City Breweries