These photos were taken Friday, day two of the Brewers Association Great American Beer Festival which is being held at the Colorado Convention Center in Denver.

My day had a relatively early start as I joined a media tour of three relatively new Denver breweries with Visit Denver and about 40 other media types.

Our first stop was Dos Luces Brewery. All Dos Luces beers start with corn as the main ingre­di­ent, and they brew Chicha and Pulque styles which come from the major cul­tures of Pre-Columbian North and South Ameri­ca.

They had seven of their own “beers” available as well as a couple guest taps. I cannot really speak about the beers as I never did get a chance to try any for some reason, but I talked to a couple of the people on the tour and they enjoyed them; some hinting that they were reminded of Belgian-style lambics.

Dos Luces Brewery is located at 1236 S Broadway in Denver. They are open Tuesday through Sunday, and offer growlers and some bottled brews to go. All of their beers are gluten free and they do not appear to be dog friendly (it is a pretty small location).

Our next stop was Cerveceria Colorado. As one might guess from the name, they specialize in Mexican style brews and are definitely influenced by the craft beer scene in Mexico. They set us up with a flight made up of their Venga Mexican Lager, Senor Pina Blonde Ale, Rosita (a schwarzbier collaboration with Cerveceria Itanene), and Ry Guey, an imperial pilsner collaboration done with Cerveceria San Pascual Baylon. All four were done quite well, but I really enjoyed Ry Guey the most, with Rosita coming in at a close second.

They had 10 taps, but I never did see a complete menu of what was available; just don’t go in there expecting to find an IPA.

Cerveceria Colorado is located at 1635 Platte Street in Denver; literally next door to Denver Beer Company. They are open seven days a week and offer growlers, crowlers, and some bottles to go. While they advertise no dogs, they share a patio with Denver Beer Company and that patio is dog friendly. Don’t forget to try their complimentary chips and salsa; the salsa is on point.

Our last stop was Liberati Restaurant and Brewery. I might put Liberati in the brewpub classification if it wasn’t so classy. They have something like 40 taps, but again, I never saw a menu that listed all the beers they had available. All their beers are made using grapes, with some being quite obvious with the grapes.

They started us off with Eroica, which can only be described as a dry saison. The second beer, Red Giant Type B, came across to me as a glass of red wine; not that that is a bad thing. Our last beer was Vino Veritas, a 16% brew that was a cross between a quad and a red wine. I was bummed that we had to leave so soon as I would have preferred to sip it rather than have to power drink it so I could get to the bus.

Liberati Restaurant and Brewery is located at 2403 Champa Street in Denver, and they are open seven days a week. They offer growlers to go, and you will have to call them to see if their patio is dog friendly.

As we were shuttled back to the Colorado Convention Center I heard sirens from a fire truck nearby and could not help but notice smoke across the street from the convention center; the thing is, the smoke smelled delicious. It turned out that it was coincidental that a fire truck was nearby as the smoke came from a hog that was being barbecued at the 3rd Annual Great American Pre-Gate party that was being held across the street from the convention center. The free-to-attend event was sponsored by Crafted ERP. I am not sure how I missed seeing this for the past two years, but it won’t happen again. It is basically a tailgate party for brewers and media and provided free food, free beer, games, and lots of networking opportunities.

After getting a little to eat and getting my first IPAs of the day I walked across the street and joined the madness of the second day of GABF. As you can probably tell by the photos, everyone seemed to be having a great time; I know I did.

As Saturday was going to be an early day with the GABF awards I avoided any after-parties and headed back to walk my dog. Cheers!

Back to Photos From Dos Luces Brewery, Cerveceria Colorado, Liberati Restaurant & Brewery, and Day Two of GABF
[Show as slideshow] 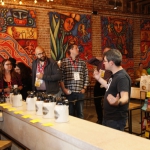 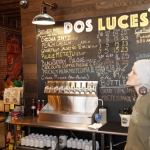 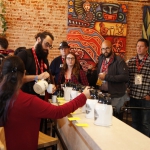 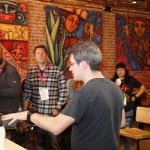 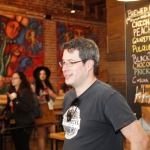 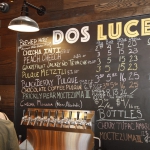 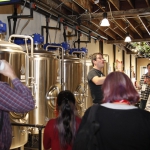 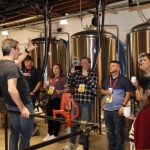 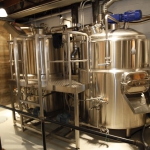 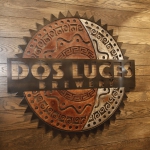 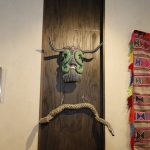 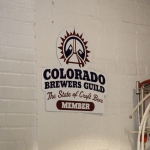 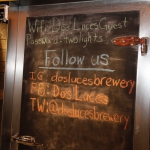 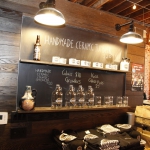 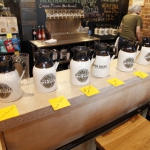 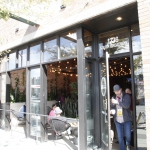 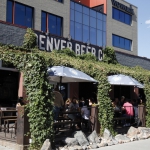 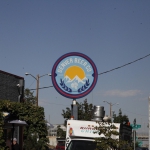 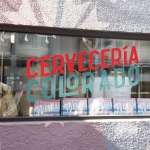 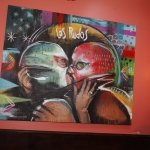