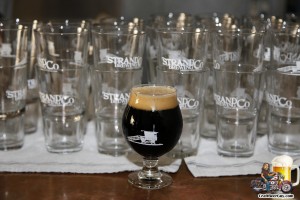 Strand Brewing Company is Torrance’s oldest production brewery and they are preparing to celebrate four years of craft brewing excellence. Saturday, December 7, Strand Brewing Company will open their doors from 12:00-8:00 PM with an extravaganza of beers never before seen in one location.

The craft beers scheduled to appear on tap will be their Harvest Ball Belgian Style Orange Witbier (4th Anniversary Ale), White Sand Imperial IPA, Black Sand Imperial IPA, Beach House Amber Ale, 24th Street Pale Ale, Atticus India Pale Ale and Expression Session Pale Ale. There will be numerous casks tapped throughout the day, with Harvest Ball starting things off. I have also heard that their Batch 100 on coffee will be made available. 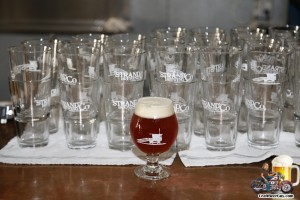 As no celebration would be complete without at least some celebrity appearances, be sure to bring your autograph books as rumor has it that the four-time reigning Tetris World Champion Jonas Neubauer will be there pouring beers. For the first time that I can recall, Strand Brewing Company will also have a food truck there; Taco Man. We all know how well tacos pair with craft beer.

Strand Brewing Company is located at 23520 Telo Avenue in Torrance. This is in an industrial park north of Lomita Boulevard and west of Crenshaw. In the interest of being good neighbors, attendees are requested to park in the street. Do not worry, there is plenty of street parking and there are no parking meters in Torrance. This will be a great time, I assure you. I hope to see you there; cheers!