A visit to Ohana Brewing and 38 Degrees 5th Anniversary

On Saturday afternoon we headed out to Alhambra to attend the 38 Degrees Ale House & Grill’s 5th Anniversary Celebration. Unfortunately, Caltrans decided they were going to close several lanes of the 710 freeway turning what should have been a 30 minute drive into an hour-long battle. As we finally turned down Main Street and approached 38 Degrees we immediately noticed that they had a very long line of people waiting to get in. To be honest, I was not ready to stand in any line; I wanted a beer. Luckily for us, Ohana Brewing Company had opened their tasting room a few months ago and they are literally around the corner from 38 Degrees so they became our first stop.

I had an opportunity to visit the Ohana Brewing tasting room back in January shortly after they had been granted their Conditional Use Permit and it was pretty much just a storefront with dreams of what the future would bring. Yesterday, we discovered six taps of Ohana brews, displays featuring their glassware, growlers, shirts and snacks and several customers lined up at the counter trying flights and filling growlers. We ordered up a flight consisting of their Pacific Ale, Hollenbeck Amber Ale, Saison Kau Wela, #Hashtag Hops IPA, Spawater Saison, Surf Shack Saison and Acorn Ambition. All the beers were solid brews; I really enjoyed the Surf Shack Saison which is a very good entry level sour. Owner Andrew Luthi informed me that they have a Double IPA getting ready to be released and after trying the #Hashtag Hops I look forward to trying it. The Ohana Brewing Company tasting room is located at 7 S. 1st Street in Alhambra.

After spending some time at Ohana we walked around the corner to 38 Degrees only to discover that there was still a line to get in and you could see through the windows that the place was packed. Of course, with the extensive list of great beers they had available it was not much of a surprise. The tap list for the day included such brews as AleSmith Brewing Company’s Barrel Aged Speedway Stout, Deschutes Brewery’s The Abyss, Russian River’s Row 2 Hill 56, The Bruery’s Barrel Aged 5 Golden Rings and many, many more. I was given access to go in and photograph the event where I ran into friends from Angry Horse Brewing and Transplants Brewing Company who invited us to join them at their table. Since there were still people waiting in line I felt a little guilty about taking up space they could be using, so we both just had a taster (a Barrel Aged Speedway Stout and a Prairie Bomb!) then left to make room for others. I admit, it was a tough decision because of the great selection of beers available but there will be other times and other beers in the future. Thanks to Corey, Alexine, Gayle, Lou, Sarah and Matthew for the invitation to share your table. 38 Degrees Ale House & Grill is located at 100 W. Main Street in Alhambra, CA. Cheers! 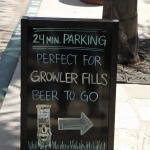 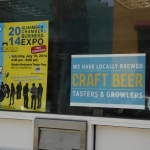 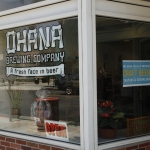 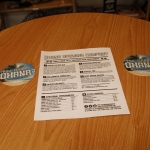 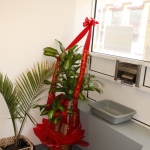 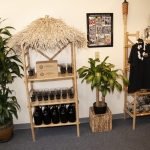 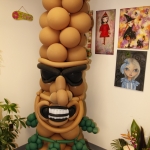 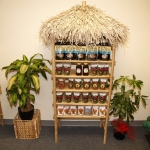 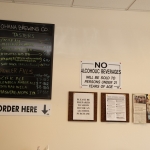 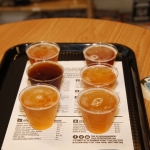 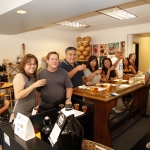 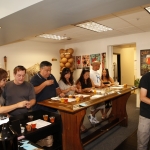 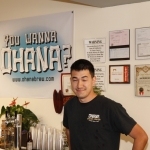 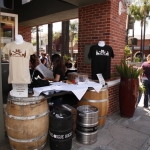 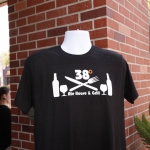 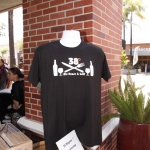 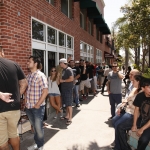 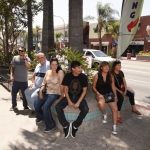 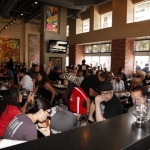