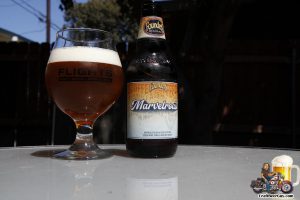 Founders Brewing Co. has announced Marvelroast as the latest addition to the Limited Series lineup. Marvelroast was originally a Detroit Taproom favorite, and starts out as an Imperial Golden Ale enhanced with the addition of coffee, vanilla and cocoa nibs in the brewing process. But it doesn’t end there. A final dose of milk sugar lends a smooth and sweet finish, making this a delicious treat reminiscent of your favorite iced coffee drink.

“Having two taprooms full of craft beer connoisseurs is a real blessing for our team. We get a lot of great ideas and feedback and are able to do a lot of experimentation as a result,” said Brewmaster Jeremy Kosmicki. “When a new beer gets great response in our taprooms, the logical move is to try to find a home for it in our distribution lineup. That’s what happened with Marvelroast. I think the perfect balance of coffee, vanilla and cocoa are going to make this beer a real treat this summer.”

Marvelroast (ABV 8%) will have a retail price of $10/4-pack and was made available in 12-oz bottles as of July across the brewery’s 50-state distribution network. Please note that prices will vary by market. Marvelroast is preceded by 4 Giants IPA in the brewery’s Limited Series lineup.