One of my favorite recent discoveries in the South Bay is Game Changers, located at 1220 Hermosa Avenue in Hermosa Beach. Game Changers is more of a sports bar than a gastropub, but when I first saw their banner at the Hermosa Fiesta stating they have 54 beers on tap I knew I would have to check them out. We returned a few weeks later and had an opportunity to get to know a few of the staff; we had a great time and since we had been told they had a new menu, we returned Wednesday to check it out.

Since I had only looked at their last menu briefly I was not readily familiar with what had changed, so I cannot tell you if what we had was new or not. There were fewer taco options this time and I was told that we because they were not big sellers or contained ingredients that were used only on one particular taco. That makes sense. I will say their appetizers are huge; they definitely filled us up. If I had known I probably would have ordered just one and tried the rib-eye; it looked pretty good and at a bargain price too.

Of course, I was really there for the beer. I opted for an initial flight consisting of a Matilda, Wipeout IPA, Ruination and a Stone Smoked Porter. Our server, Kim, asked if she could create a flight for me and presented me with a Tripel Karmeliet, Great White, Racer 5 IPA and an Allagash Four. I am usually apprehensive about having strangers picking my beers, but she did a pretty good job; thanks Kim!

Game Changers has some interesting things going on with daily happy hour specials and special events like their 80’s Ladies Night; you can learn more by stopping in or visiting the Game Changers website. These photos were taken July 17, 2013. 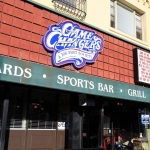 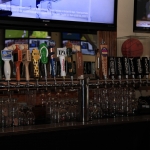 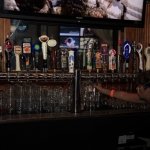 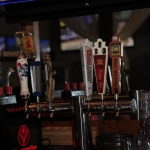 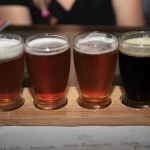 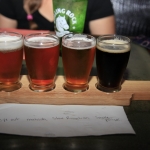 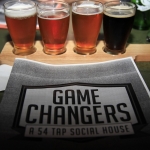 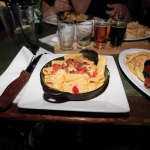 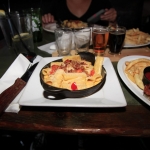 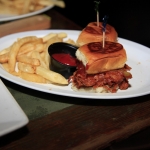 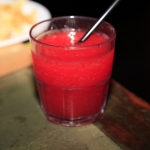 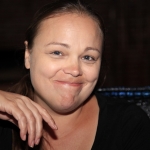 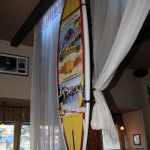 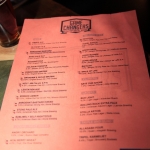