To those that know me, the following is not exactly earth-shattering news; I am a pretty opinionated guy. That being said, while I may be opinionated, I do try to be open-minded as well; especially when it comes to beer. The fact is that palates evolve and when combined with knowledge a beer I might not have enjoyed a year ago might come across as more enjoyable today. That is what happened on Friday.

Over the weekend my dad celebrated another birthday, so I invited him to lunch at the location of his choice. I knew where he would want to go before I asked; Red Car Brewery, a brewpub in Torrance. I had been to Red Car two times over the years and really did not find either experience particularly memorable. Once was for a fundraiser, which may have just involved my stopping by and donating some cash and then again a couple years ago for another birthday with my dad. I do recall wondering why I was not enjoying any of the beers; I attributed it to an aroma in the air that was messing with my taste buds. While I personally never got into any of their brews I was aware that Red Car Brewery had a very loyal fan base, so there must be something I was missing.

A few weeks ago I was talking to Torrance City Councilman Pat Furey and he told me a little about the history of Red Car and how owner/brewer Bob Brandt had struck a deal with the City of Torrance to build the brewpub at their current location on Torrance Boulevard and Sartori. I do not recall all the details but apparently the city extended a loan to Brandt and he paid it back five years early. It reminded me of when the US implemented tariffs on imported motorcycles to help Harley-Davidson back in the 1980’s and H-D told them they could remove the tariffs about five years earlier than scheduled. This deal between Torrance and Red Car was back in 2000 making Red Car Brewery the oldest brewery in Torrance by a long shot. I knew I was going to have to give them another chance.

On Friday we arrived at Red Car Brewery a little early so I went into the bar portion of the establishment; I had never gone on that side before. During a conversation with the beertender I was informed that all of Red Car’s brews are English style ales and they use English barley, English wheat, English yeast strains and English hops. I have to admit, this pretty much answered everything; I was going into a Southern California brewery and ordering a South Bay IPA but it was tasting nothing like the IPAs usually brewed around here. Well, no wonder; Red Car Brewery was using ingredients not normally used in the South Bay. This caused me to stop and ponder a bit; when you stop to think about it, Brandt was quite the trailblazer. Not only was he opening a brewpub 10 years before the next microbrewery opened in Torrance, he was introducing the South Bay to a different style of beer.

I have been working on a project that has caused me to drink a lot more English styled ales over the last week, so when it was brought to my attention that English ingredients were being used at Red Car Brewery it cleared things up for me. I was expecting a Southern California twist to the ales when that was apparently never the goal. I don’t know that I will suddenly begin spending all my time at Red Car, but I do think if someone is learning to appreciate craft beers (and Torrance has lots of places to try these days) you might want to stop by Red Car for a flight and notice the subtle differences between the American ingredients you are probably accustomed to and the English varieties used at Red Car Brewery.

Red Car Brewery is located at 1266 Sartori Avenue in Torrance and is open daily at 11:30 AM weekdays and noon on the weekends. Cheers! 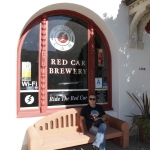 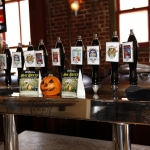 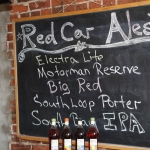 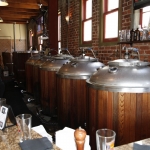 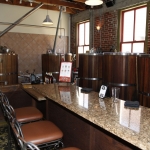 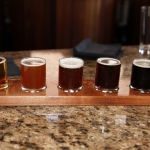 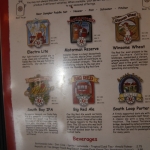 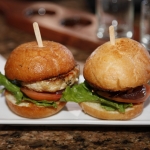 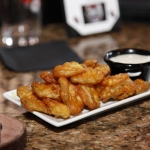