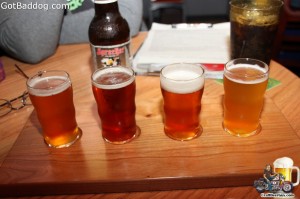 Yesterday morning I was perusing my Facebook feed and saw a notice that Three Floyds Brewing would be suspending brewery tours until further notice. Now normally this would not even cause me to raise an eyebrow, but as my girlfriend is going there next week I thought I should look a little deeper.

I followed the link and found a lot of input from a lot of people, a lot of it inane, but someone made the suggestion that that brewery tours were being suspended due to upgrades being made at Three Floyds because of a new Indiana law that had just been signed which would allow for increased production of beer by Indiana microbreweries. The law, House Bill 1293 (http://www.in.gov/legislative/bills/2013/HB/HB1293.1.html), states in relevant part: “Creates an artisan distiller’s permit for a person who desires to commercially manufacture not more than 10,000 gallons of liquor in a calendar year (excluding the amount of any liquor sold through a liquor wholesaler).” This will become effective July 1, 2013. So, what might this mean for us?

From what I am reading, while microbreweries might be limited to producing 10,000 gallons to be sold in their brewpubs and tasting rooms, if they get a distributor their only limitation is how much they can brew. Who knows, maybe one day we will be able to find Zombie Dust at the local Total Wine. That would be the nicest thing Indiana has done in a while.